The stable outlook reflects anticipation that United Group will continue to deliver solid organic growth over the next two years and exhibit at least break-even free operating cash flow, Standard&Poor's (S&P) said in a statement on Tuesday.

United Group consists of cable operators SBB of Serbia, Telemach Slovenia and Telemach Bosnia and Herzegovina, satellite platform Total TV and 15 other companies in the region.

"We forecast that the acquisition of [Slovenia's] Tusmobil will result in a temporary spike in leverage, which will quickly improve due to meaningful growth of [earnings before interest, taxes, depreciation and amortization] EBITDA."

S&P anticipates that this will help the group to quickly deleverage to comfortably less than 6 times in 2015, with headroom for potential foreign exchange volatility and small bolt-on acquisitions.

The ratings agency also said in the statement:

"[..] The affirmation follows United Group's recent announcement that it has concluded an agreement to acquire Slovenian mobile operator Tusmobil for €110 million, of which €84 million will be cash payable at closing. We calculate that the EBITDA multiple for this transaction, including initial cost synergies, is about 7x--increasing the group's pro forma adjusted leverage in 2014 to slightly more than 6x. Our debt calculation is adjusted for the €175 million payment-in-kind loan at a top holding company, operating lease liabilities, and deferred acquisition consideration. We forecast, however, that United Group will deleverage very quickly to about 5.4x in our 2015 base case.

In our view, the group's remaining organic growth opportunities in Serbia and Bosnia and Herzegovina--as a result of the company's footprint expansion and increasing pay-TV and broadband penetration in these countries--will be the main driver for continued revenue and EBITDA expansion, and we expect the company will deleverage to well below 6x in 2015. Therefore, we see sufficient headroom under our base case for potential depreciation of Serbian dinar (RSD) versus the euro and small bolt-on acquisitions. We also understand that the company will likely offset dinar depreciation by increasing prices, in line with the price increases in 2013.

We think, however, that given the company's meaningful leverage after this acquisition and weak free cash flow generation, it has very limited headroom under the current rating to make an additional big acquisition or recapitalization over the short term. We have not assumed either in our base-case scenario.

We think that the acquisition of Tusmobil could assist Slovenian subsidiary Telemach's position in the Slovenian telecom market, especially over the long term, as it will now be one of the two main players in the market to offer fully integrated fixed and mobile services. This is notably on the back of operating in a highly competitive Slovenian fixed-line market, with a relatively high penetration of fiber. We think, however, that the transaction includes some initial operating risks, notably related to a potential peak in capital expenditure (capex) required by Tusmobil in order to catch up with its key competitors, as it seems to be lagging behind in its network quality due to previous underinvestment. We also think the acquisition could entail risks related to higher-than-anticipated integration costs. The two main reasons for this are the very different branding of the cable and the mobile asset (making it potentially more costly to rebrand, and the fact that this is United Group's first mobile network-based asset.

Our base case assumes:

Revenue growth of about 14% in 2014, excluding Tusmobil and about 45%-47% including consolidation of Tusmobil, resulting mainly from continued meaningful revenue growth units (RGU) growth in Serbia and Bosnia and Herzegovina, growth in revenues from content, and an acquisition of a cable asset in Slovenia.

Organic revenue growth of about 5%-6% in 2015 resulting from continued RGU growth, but higher pricing pressures in Serbia (partially due to foreign exchange depreciation), increased competitive pressures in Slovenia, and the negative impact of a reduction in mobile termination rates in Slovenia.

A very high capex-to-sales ratio of 24%-26% in 2014-2015 due to continued network expansion including Tusmobil's 4G network and high degree of customer premises equipment.

Continued bolt-on acquisitions of about €30 million in 2015 (excluding Tusmobil).

Based on these assumptions, we arrive at the following credit measures:

Debt to EBITDA of 6.2x in 2014, declining to about 5.4x in 2015, including the accrual of the payment-in-kind interest and full consolidation of Tusmobil;

The stable outlook reflects our anticipation that United Group will continue to deliver solid organic growth over the next two years and at least break-even free operating cash flow. We anticipate that this will help the group to quickly reduce debt to EBITDA to comfortably less than 6x in 2015, with headroom for potential foreign exchange volatility and small bolt-on acquisitions.

We may lower the rating if the company meaningfully underperforms compared with our current growth assumptions, or is exposed to meaningfully higher integration costs following the acquisition of Tušmobil, resulting in significant cash burn and adjusted leverage at more than 6x in 2015. We could also lower the rating if EBITDA cash interest coverage were to fall below 2x.

Additionally, if we see a material increase in the level of priority ranking liabilities, it could have a negative impact on the company's issue rating.

We are unlikely to raise the rating over the next two years, given our view of the company's limited size, country-related risks, and our view that the capital structure will likely remain highly leveraged due to the group's aggressive financial policy. Additionally, the rating will likely remain constrained by the company's limited free cash flow generation due to its ambitious growth appetite, which we anticipate will result in continued high capex and bolt-on acquisitions." 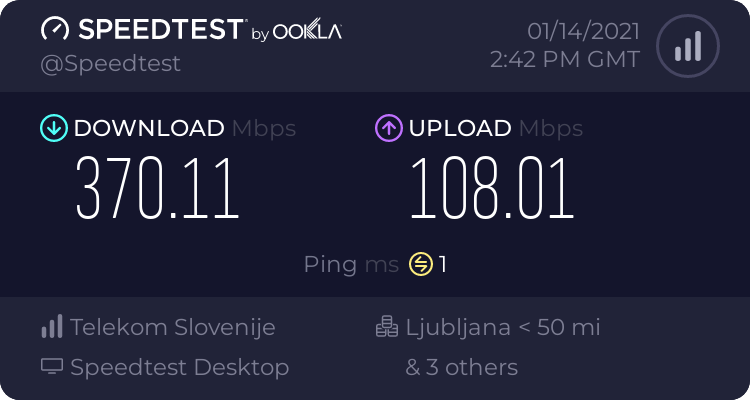